Thanks for visiting my site to learn more.   If you just want to talk, then let's talk.  Otherwise feel free to read more below about who I am and what I do.....and why I do it.

Can you get good, cheap and fast all in one?

There is an old adage in marketing called the Good/Cheap/Fast Rule that says you can only have two of the following three things:  1. Cheap.  2. Fast  3. Good

When I left my full time corporate marketing role after 25 years, I decided to build my business model around offering all three.   I have worked with ad agencies for my entire career and in the typical ad agency model, I found the Good/Cheap/Fast Rule to be very accurate.   I don't ever remember a time when I got all three.  That's not a jab at ad agencies, it's just that they are structured to offer a wide range of services with many people involved and that gets either slow or expensive or in most cases, both.   I usually had to give up on getting fast or cheap and as soon as I got both, it just wasn't good.

If you are looking to film a four camera video with lengthy, detailed scripts and involve lots of people in the edits, I'm probably not your guy.  If looking for a portrait with total reconstruction in touch ups and Photoshopping, probably not your guy.   If you want a marketing campaign with 250 keywords and 27 different targeted campaigns based on lots of research, not my thang :)

I've spent 30 years in marketing finding new and innovative ways to tell story and sell a product or service.   Ten years ago when I started exploring social media marketing, one of the first things I learned is there is an art and science to effective marketing on social media channels.   The art is capturing and telling the story.  The science is knowing the how, when, where of posting the story.

I started managing social media marketing in 2009 and I have now managed over 200 Facebook pages with over two million fans total.   Early on, one of the initial lessons I learned is the need to post daily.   That very quickly presented the challenge of finding quality content to post.  Posting average cell phone pictures can work for a while but a strategic approach to maximizing the opportunity that social media presents to any company or brand requires content creation  - so I bought a camera.

For a couple of years, I created average content but just used a fancy camera to do so.   One day while at the lake, I decided to do a video about the lake flooding.  I captured the first drop of water as it started flowing over the spillway flooding into downtown Dallas.  I posted the video on a business page on Facebook and called it Laketography.  The video went viral and I woke up to thousands of new fans asking me to go capture their lake.  I understood the science behind Facebook marketing so I now had a page with a bunch of fans but very average content, on a very fancy camera.

I committed to mastering the art behind social media marketing which meant learning the art of photography.  Little did I know where that would lead.   I was pursuing photography as a secondary career to aid in my marketing career.   I still remember that first image I took after an intensive training period.  Literally one single image changed my life, forever!

Photography is no longer something I do because I need to for my social media marketing business, it is what I do, it's who I am.   Same with video!

Why Are You Here?

Whatever has lead you to my site, I am interested to learn more to find out how I can help you.  If you just need a few photos, send me a text or email and let me know what you need.   If you need marketing help, send me some details.   I fly solo.   I don't have a group of people working on your content, I do it myself.  This allows me to mobilize quickly so when you're serious about working together, let me know.   My plate is full but I am always interested in a new challenge or opportunity - if you're ready to roll, I am too.

How can I help?

To sum it up, what I do is capture and market.   Doing both is my preference.   If you just need images or videos, great.  If you need help with marketing, great.   Where I am most in my element is when doing both.

Yes I do photo shoots and love doing them.   I would love to create a music video for your band.   I can help with your marketing strategy.   My favorite work is when all of these intersect.

I have separated my business into three areas: Laketography,  Citytography and Socialtography.  Ultimately I do photos, videos and marketing and these are the three areas where I focus.  If you simply need a picture of your new puppy or you have 50 company owned retail outlets and need extensive marketing strategy, I can do either one and everything in between but to help understand my areas of focus here are the three key areas of my work:

One of my initial reasons for wanting to learn photography was my love for the lake and specifically sunsets at the lake.   This lead to a love of shooting marinas.   Now some 200 marinas later, marina photography and videography is a huge part of my business. Whether you own one marina or 100 marinas, let's talk.

While I didn't start out as a classic photographer who hung a sign and started shooting portraits and weddings, this is now also a large part of what I do.   Whether Real Estate Photos or runway models or athletic events or skydiving, if you need a photographer, look at my work and let's talk.

I coined the term Socialtography to describe what is a new style of photography where you shoot with the intent of telling the story of what you capture on social media.   More than half of my business is actually creating content for and also managing social media marketing for companies.  If asked if I have a specialty, this would be it. 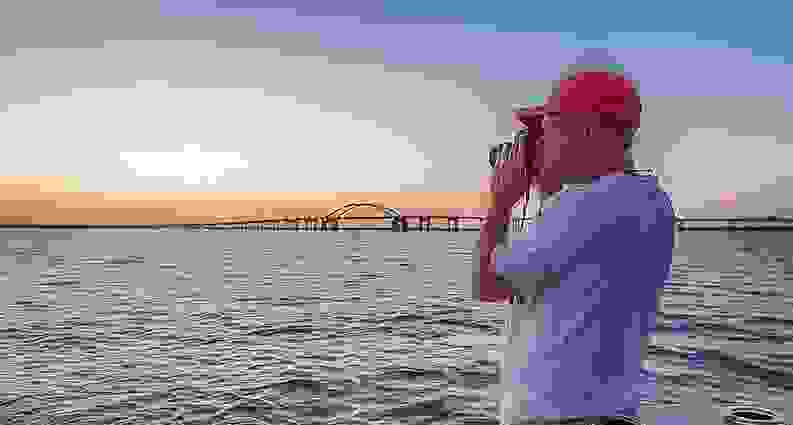